Home > Blog > Launch of a new product: avoid failing from the start

Launch of a new product: avoid failing from the start 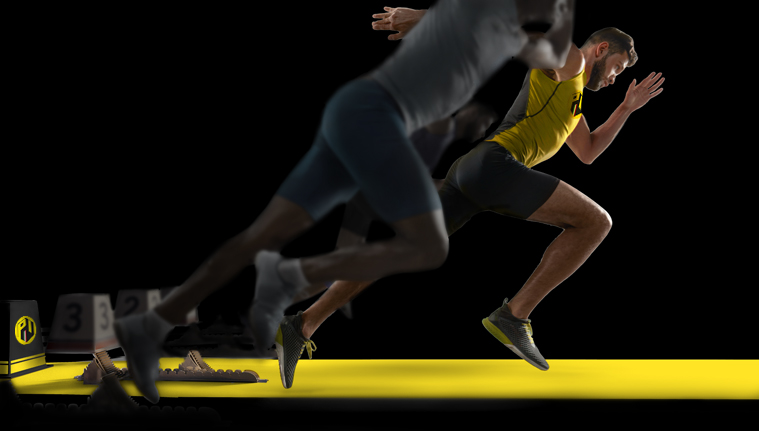 Are you thinking about launching a new product?

The lecture of this article is for you.

3 products out of 4 are not going to survive

Did you know that the 76% of the launches falls within one year without even achieve 10 thousand pieces sold?

This means that 3 products out of 4 are going to disappear from the shelves in large retailers in 12 months generating losses for million of euros.

Losses that can heavily compromise the financial balance of the companies or, in some cases, even take to the failure.

For this reason the launch of the product on the market represents for all the entrepreneurs, both large and small companies, a crucial phase not to underestimate and to make it wrong.

In large retailers we can find, indeed, hundreds of references which are all the same, especially if we speak about commodity. All the players on the market say the same thing without any differentiation or distinctive element.

Only the big brands, because they are recognized by costumers are able to distinguish themselves. The costumers, indeed, struggle to make the purchase choice among the shelves perceiving most of the offers as complementary to something else, considering them replaceable.

This explains the reason for 76% of the failures for the new product launches on the market. It is clear that in this jungle of offer is more and more difficult to emerge from the competition.

How can you survive?

It is clear to everybody that the positioning and especially the packaging are playing and will play more and more a crucial role in the launch of a new product. This because, given the vastness of the offer, the differentiation compared to the competitors is a fundamental element and the packaging is surely the first password you have to insert to get in contact to the consumer world.

Why should the consumers choose your product instead of purchasing the usual complementary reference which is in discount on the shelves?

The study and the analysis of the market are fundamental to see that there is already on the market and satisfy the needs which have not been satisfied yet.

Finding out the distinctive and differentiating element compared to the competitors is more and more crucial in order not to fall in the launch of a new product.

The packaging because, once you have got a quality product which can differentiate itself from the competitors, it becomes fundamental moving the motivation of purchase on the packaging.

The consumer, indeed, does the first purchase on the perception which you transmit with the packaging of your product.

The packaging must communicate in a clear and immediate way your distinctive element, why the consumer will choose you instead the competitors in that category market.

How can you be sure to launch a new product of success on the market?

We have said so far that is more and more difficult to launch a new product on the market in a segment market which is already super crowded, especially if we are speaking about commodity.

How to do that?

The secret is to create a new sub-category where becoming leader.

To answer to the consumers’ needs which change, over time, a category market will split itself in two or more sub-categories.

Why don’t you try to intercept the consumer’ needs that nobody has satisfied until that moment?

Obviously it is easier to say instead of doing it.

The analysis of the market and the competitors become crucial.

Very often we have been in front of this problematic. In this article I would like to propose you a case study which clarify the solution to this kind of problem.

Do you want to know how much a single packaging cost? Click here!

To win you need a good start

More and more often there are one the market categories super-crowded, where emerging from the competitors becomes difficult.

We are talking about competitive markets, especially for commodity products.

In most of these categories the brand leaders lead the market, investing on marketing and advertising.

We have really touched it when Davide Albanese contacted our agency: he had the necessity to launch on the coffee market a product which helps him to exit from the fierce competition.

The market was super-competitive (in Italy there are more than 1000 roasters). Everybody, more or less, proposes the same things, just only few big brands, because there are recognized by the consumers, are able to differentiate themselves.

Davide had already been on this market with an anonymous brand which didn’t help him to beat the competitors. Its company was suffering by competitor’s attacks, this because his product didn’t have a real differentiation from the other ones.

In the coffee market have been missing a real positioning, except for a few big companies as Nespresso (capsule coffee) and HAG (decaffeinated coffee) which are positioned.

After a careful analysis of the competitors and the market we identified an angle of attack which will help us to find some space on the market.

We decided to focus on an element that nobody had thought as positioning: the caffeine.

The positioning and its communication through the packaging would have been the one of a bean with the highest % of caffeine compared the most common blend of coffee.

The choice of the naming represented the fundamental element for the launch of the product: after several tests the choice was: “CARICHISSIMO” (“so very strong”). 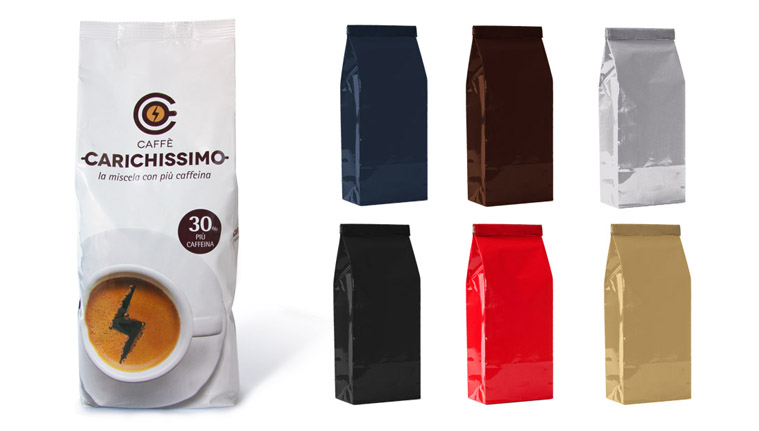 Through the naming we have reminded all the attributes which we wanted to associate to the product.

Everything has been emphasized with the choice of the logo, the payoff and the packaging.

Using the C letter – which can be attributed to coffee and Carichissimo – and including the “flash” symbol which universally represents energy and charge we made the logo immediately recognizable.

The payoff had to communicate the only thing the consumer needed to understand: this is the coffee with the biggest amount of caffeine.

How to say that?

The mixture with more caffeine.

The choice of the packaging, finally, in 1kg and 3 kg formats was that of a packaging flowpack which emphasizes the most important visual element: a cup of coffee with a flash.

This operation allowed us to get into the coffee market with a clear and recognizable positioning by the consumer, generating since the beginning high volumes of sale.

As you could see through this case study there is the possibility to be competitive in any segment market, also in the most crowed ones.

If you have read this article until this point you are probably thinking to launch a new product on the market.

If you want to know more about it contact us for a free consultation.

Avoid failing from the start!

Are you interested in the cost of the restyling of your packaging?

How much does the packaging of Genetic Profit cost?

Are you a start up and you need a quote?

Do you need a Corporate Identity and you want to know the price?