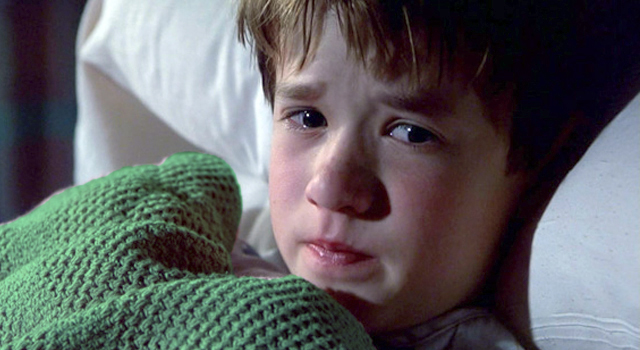 Personally, I really like thrillers, especially those that have made the film history, such as “Jaws”, “Jurassic Park” or “The Sixth Sense”, a history masterpiece, intriguing and engaging and sometimes even terrifying. Terrifying as it may appear today’s market to many people.

The shark and the dinosaur are large, dangerous predators.

Actually, the shark is a large predator, while the dinosaur was one until the time of its extinction. As you know, the Jurassic era ended long ago.

I am talking about it, because the animal world, with the laws that govern it, is similar to the market in which we operate today in many respects. That’s why we refer to the business world using the term “jungle”.

How much does a Packaging with Genetic Profit™ cost? CLICK HERE→

And it is so: it’s a jungle out there! Products, competition, rules of large retailers, purchasing departments and customers are the flora and fauna of the jungle-market.

Without stretching it too much, getting your products into distribution and getting them out of stores through the checkout means to survive in the jungle.

Governing these dynamics is equivalent to thrive – you eat, know how to defend yourself against attacks and make provisions for the future.

Losing control means putting at risk your species’ survival – your products and your company. You can tell when you struggle to recover food, you are constantly at risk of being eaten by larger predators and of running out of provisions that you have accumulated in the past. It’s not a nice feeling!

Deal with it now that you can, because, soon, there will be more no more space in the market for products with prehistoric marketing and packaging.

Now, without getting into a scientific debate, dinosaurs are extinguished, and this is the end many companies are getting to, also the large ones. These are the Jurassic companies.

The shark instead roams undisturbed the seas, always ready to catch new prey and has no worries about the future, because, unlike other predators, it has a secret weapon to use, the same your company should utilize to face crisis, competition and changes.

What do all these have to do with your products and their packaging?

In the aisles, within the shelves or in the shop windows, your survival is entirely based on the package, because when the consumer is in front of your product you are to play your most important card.

Failing to invest on a functional packaging is equivalent to throwing away the hard work that precedes the arrival of an item to the store – and passing the prey to someone else.

Every day, I see self- packaging, which ignore the customer, speaking of itself to itself. Why do they do it?

The reason is simple, the creative approach of agencies – often generalists – that create the packaging is hardly consumer-oriented.

It’s about a beautiful, elaborated packaging, which meets company’s approval and is justified by long presentations, but does not address the only important point: how will the product survive in today’s jungle? And why will it make it?

Choosing from 3 different graphic proposals (but there might also be 100) often reassures the company, which believes that doing so increases the chances of hitting the correct solution.

But the packaging solution that works is only one: the one that sells!

You do not need 3 tries to hit the right one. What is needed is to intercept the elements that matter – those that motivate customer’s purchase in the aisle – and to create the packaging based on that data.

That’s what the shark does – and that is what your products should do in order to survive.

The shark uses its sixth sense, it is scientifically proven! It picks up the magnetic fields produced by the fish and, thanks to these directions, it heads precisely towards its prey. It is not undecided, it does not hunt in an empirical way, it does not work on a trial and error base. Its sixth sense is science!

Your product can hunt like a shark using its sixth sense?

It is not that you can, but you must do so, if you want to find space on the shelves next year.

Going hunting needs accurate data: that is why creating a packaging means research and studies before sketching any idea.

It is nature to be cruel, but fortunately we have tools to defend ourselves.

Speaking the language of the consumer, responding to his needs and packing your product as if it was THE answer to his question is the way to go.

This also allows you to trigger a valuable mechanism, giving the customer the perception that he is the one that chooses the product that is taking to the checkout, making him feel as predator and not as a prey.

The customer likes to buy, but does not want anyone trying to sell him something!

In the 50s, a significant experiment was conducted studying two similar brands of brandy: Christian Brothers and E&J. It was a study commissioned by the Christian Brothers, who, after years dominating the market (product shark), was starting to lose share without understanding why (dinosaur product) in favor of competitor E&J.

A group of 200 people participated in a blindfold test, where they tasted the two brands. The result was similar. The two brandies were equally liked.

They took a second group made of 200 people (different from the first ones), but, this time, the participants were told the name of the brandy they were testing, In this case, Christian Brothers was the winner. The historicity of its name still had weight and, despite losing customers on the shelves, it continued to be a winning brand in consumer’s head.

The third test was conducted with other 200 people. This time, nothing was said to them; the two bottles were visible and it was easy to understand to which bottle each of the glasses was related.

The results? E&J over won in this third test.

The study was conducted by Louis Cheskin and he highlighted how the packaging factor, in this case the bottle, influenced consumer’s choices.

This confirms a theory developed by the researcher: “the transference of feelings,” or the customer’s tendency to identify product and packaging as one thing. For this reason, perceptions created by the package influenced the final choice of the product.

Quickly reviewing the issues raised by the tests, we note that:

– The two brandies were equivalent in the blindfold test.

– The most prestigious name was Christian Brothers’

– The winning packaging was E&J`s

So, regardless of brand or product considerations, the only thing that really made the difference in sales was the packaging.

Playing with the 5 senses is important, but results – especially today – arrive by decoding consumer’s sixth sense and finding an accurate answer through packaging.

We like to help our customers so they sell their products. We like to do it with what we do best: researching and packaging creation.

We hate to see products disappearing from the shelves because of poor packaging and hate dinosaur companies, those that get extinguished.

What I ask you is: does your product intercept customer’s sixth sense or does it still behave like a Jurassic predator?

We can help you understand how to improve the packaging of your product to generate more sales.