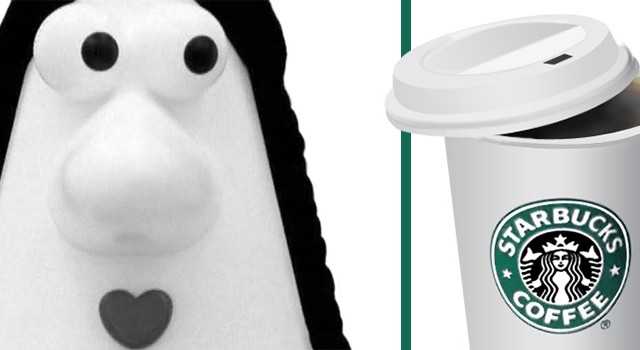 Throughout the world espresso coffee is synonymous with Italy; it’s like saying “pizza”, the association is immediate.

We drink it at the café, at home and at the office. So the coffee market is decidedly interesting.

You don’t have to be a retail expert to be able to quickly name the most famous Italian coffee brands. Lavazza, Illy, Segafreddo, Vergnano, Kimbo … but I’m sure you wouldn’t struggle to continue that list with other Coffee brand names. This is not something that happens in every market, and in fact, as the various books on Brand Positioning clearly explain, the human mind usually recognises the first 3 brand names in each category and sometimes doesn’t even reach the third one.

For coffee, this does not happen.

Obviously alongside the giants who dominate the market there is an endless list of small and medium size coffee roasters who sell their blend at the local, regional and even national level. This is Italy with its 99% of small micro businesses.

THE PROBLEMS OF COMPANIES WHO STRUGGLE TO SELL THEIR PRODUCTS

Today I’m going to talk to you about one of these companies in the “deep south” of Italy. With 8 employees and a 49 year history. A coffee roasting company which for reasons of confidentiality I prefer to call simply Blackbean Coffee.

Blackbean Coffee roasts, grinds and packages its blend (Arabica and Robusta) which is every bit as good as the quality of the big brands, and in some cases even better.

The problems encountered in the last 5 years leave Augusto S. (the founder’s son) facing a decision he cannot avoid. The volume of sales no longer allows him to maintain his establishment and the jobs of the 8 employees are in jeopardy.

The reason is simple to see:

In short the situation is not exactly rosy and seeing as with the impossible cases people always end up with my phone number in their hand, it happens that I get a phone call from Augusto. Worried but not ready to give up, he presents me with his situation asking me to at least provide him with the “survival kit”.

I start to look for information because, as a kind of occupational disease, I have to see the product. On the internet, nothing. On social media, nothing. I struggle so much to find the company name that I suspect it’s a joke.

Unfortunately it’s not a joke. For reasons of joint real friendship I take an interest in the case and the following Tuesday I hop on a plane and early in the afternoon I am at the factory. The roasting is happening, the 8 employees are working, the machines turn intermittently, Augusto is present.

WHAT STOPS THE PRODUCT FROM BEING SUCCESSFUL

So everything is okay? Not really. I’ll quickly tell you what’s missing.

I’ve just told you the story with irony and detachment, but when I saw the situation, the coffee that Augusto had offered me, in spite of how good it was, went down the wrong way.

Augusto couldn’t see the problem at all; as far as he was concerned the problem was made up of the big brands who made coffee which wasn’t as good as his but at low cost and with lots of advertising, the supermarkets who played along, and George Clooney who had made the capsules famous.

With great difficulty I let Augusto finish and with all the calm that I could muster I told him how things stood.

It was a miracle that they were still open for business under those conditions: no name, no image, no marketing of any kind.

If he wanted to have any hope of surviving (I’m not saying of dominating the market) he had to intervene. At once. Drastically.

I wouldn’t have spoken like this if I hadn’t had some guarantees:

I know that green coffee can be roasted in various ways; I will oversimplify it for those reading who are unfamiliar with the subject:

PRACTICAL SOLUTIONS FOR SELLING THE PRODUCT IN A CROWDED MARKET

My proposal was simple, in 5 points.

How much does a Packaging with Genetic Profit™ cost? CLICK HERE →

The first idea that came to me was to work on a product to take to HOST (the relevant Trade Fair in the coffee world) in order to try the export trail at once.

The chances of breaking into the Italian supermarkets in a short time for a nonexistent brand that put on the product label as its contact an email address augusto.s…@libero.it were close to zero.

HOST would have been a faster test and export was the channel to take, the only one which if exploited to the maximum would have brought income and greater sales profitability.

The idea was to focus on moka espresso picking up on the key concepts linked to the coffee culture (knowledge of the blend, preparation, tasting).

So the packet becomes a multilingual guide to the real original Italian espresso focussing everything on that concept.

SUCCESS AT THE TRADE FAIR DEPENDS ON THE PACKAGING

The trade fair is just round the corner, Augusto has some second thoughts, I urge him not to give up (the fair and all the rest have high costs for his current situation and obviously he went over budget).

Italy and Europe don’t flirt with the Blackbean project for a second, the attention is on capsules and the big brands.

Russia and Japan on the other hand give particular attention to the idea we have brought to the fair.

The Russian retail channel is bigger than anyone could imagine and hope for, volumes and sales profitability arrive in no time and in two months the new salesman flies to St Petersburg once and Moscow twice.

With the previous productive capacity it wouldn’t have even been possible to satisfy a third of the demand; the first consignment serves as a test. A test which corresponds exactly to a third of the coffee that Augusto used to grind in a whole year. A nice test! He doesn’t believe his eyes. Just like I didn’t believe mine the day I entered his factory …

The fair, the exporting, Russia, subsequently Japan as well, a good coffee which used to be packaged in a nondescript bag and which now has a name and a precise identity, with a brand name that is spreading. These are the elements of what happened. The roasting work is basically unchanged, but how would it have been possible to get noticed and preferred without an appropriate positioning studied in detail in all its forms and strategies?

The secret, the real added value of this case was to act differently to the market. Yes, not to chase the big brands or even the other local producers who had kept up-to-date over time and who were cutting each other’s throats over prices on a daily basis. Instead to move in the opposite direction guided by a recognisable, evocative name, a brand and a real coffee packaging solution which conveyed all of this.

Today the packaging of your product is your product in the eyes of the final customer, of the buyer, of those who work in this sector.

To not invest in this direction placing all your hopes on the quality of your product, “Yes, but our coffee is better …” or on the fight over the price, living in the hope that you will get paid, is foretelling your suicide. You have to attack the market!

The Russians who tasted the coffee didn’t know anything about coffee, they could have been drinking Orzo Bimbo (a barley drink for kids) without batting an eyelash. The same for the Japanese, but they could be our very own buyers or Mrs Smith who is in the supermarket aisle buying coffee; they all base a large part of their decisions on the visual impact and the message of the packaging.

WHAT IS HAPPENING TO YOUR PRODUCTS TODAY?

Right now do you produce a high quality product which you struggle to introduce into the market (Italian or foreign)? Are you submitting to the market without differentiating your product? It’s likely that the perception that your product creates in the mind of the customer isn’t the right one. At this point you don’t need to rethink your product, but you do need to invest in a packaging solution with Genetic Profit.

→ If you would like to find out more about how a product which was packaged by a mechanical bagging machine from the 70s was transformed into a packet which reached the supermarket shelves of Japan, contact us today. We will be happy to explain in detail what we could do for you.